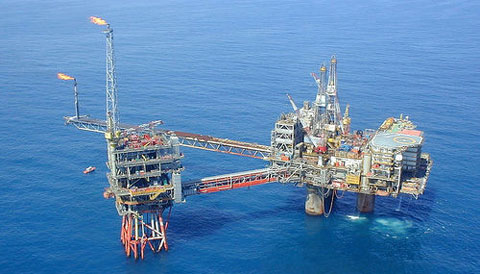 Brent oil LCOc1 prices briefly rose above $127 a barrel in April of this year, the highest since 2008 just before the start of the financial crisis, and sustained levels above $100 were reached in late January on an evolving combination of recovering global demand and reduced supplies caused by unrest in Libya.

A move by the IEA in June for developed nations to release oil stocks to tame prices only led to a temporary price drop, to $102.28 on June 27. Brent was hovering under $117 on Tuesday.

“The high oil price is a major driver in this. China needs access to oil and gas to reduce their dependency on overseas supplies, which presents a strategic vulnerability,” said Ian Storey, a fellow at the Singapore Institute of Southeast Asian Studies.

“This is partly why tensions have been rising over the last two to three years because the Chinese feel the other claimants – particularly Vietnam, Malaysia and the Philippines – have been unilaterally plundering natural resources that really belong to them.”

China has made the largest claim over the area, and Taiwan, Vietnam, Brunei, Malaysia and the Philippines also assert territorial sovereignty, which covers one of the world’s busiest sea lanes and also provides rich fishing opportunities.

Except Taiwan, all other non-Chinese claimants are members of the 10-nation Association of South East Asian Nations (ASEAN), which will be holding the region’s biggest security forum this week.

Estimates for proven and undiscovered oil reserves in the East Sea range from 28 billion to as high as 213 billion barrels of oil, the U.S. Energy Information Administration (EIA)said in a March 2008 report. The most optimistic outlook would be the equivalent to around 60 years of current Chinese demand.

“The Chinese refer to the East Sea as the new Saudi Arabia or the El Dorado of oil. But I think that their claims of oil and gas reserves are widely optimistic,” Storey said.

The U.S. Geological Survey last year estimated a 50 percent chance that the area would hold at least 10.25 billion barrels of undiscovered oil, with most of it near the Spratly islands.

For gas, the East Sea is seen as even more promising with 60 to 70 percent of the area’s hydrocarbons believed to be natural gas.

Experts warn, however, that any estimate is largely an educated guess and will continue to be until more exploration takes place.

“In the oil business, there is potential everywhere in the world. Until you go there to drill a hole and make it proven, you really can’t say anything,” said Kang Wu, managing director of consultancy FACTS Global Energy.

With some Southeast Asian fields already on the decline, pressure to explore for new discoveries deeper into the East Sea has surged, increasing the likelihood of confrontations over sovereignty rights.

Earlier this year, Vietnam and the Philippines accused China of cutting the seismic cables of ships exploring for oil and gas, threatening to ram vessels and firing shots at fishermen.

Despite the growing tension, countries are continuing to invest and offer oil blocks to energy companies to explore further into the East Sea.

China, the world’s second largest oil user, is also desperate to boost its domestic oil and gas output to avoid power shortages. Oil demand is expected to grow to 10.18 million barrels per day next year from 9.7 million this year, according to the International Energy Administration.

Analysts expect oil exploration to eventually be allowed in the most disputed parts of the area not through military conflict, but by bi-lateral or multi-party agreements.

“China realistically can’t expect everything. The push for joint development could be serious … as China cannot sustain the damage to its prestige with this animosity building up,” said Carl Thayer, professor at the Australian Defence Force Academy.

Any mutual agreement between claimant countries will likely take some time.