The Ministry of Industry and Trade (MoIT) said it wouldabrogate its circular on procedures for importers of passenger cars with nineseats or less, as soon as the Ministry of Transport issues regulations withsimilar effect for road vehicles. 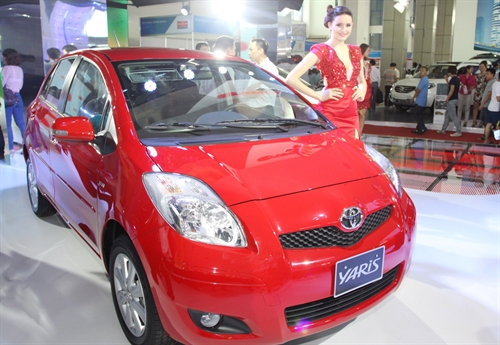 The MoIT made the suggestion in a report sent to PrimeMinister Nguyen Xuan Phuc last week, after collecting official opinions aboutCircular No 20/2011/TT-BTC, which has reportedly discouraged many car importerssince it took effect on June 26, 2011.

The circular states that importers of unused cars with nineseats or less, besides performing current import procedures, must be designatedor authorised by official carmakers or dealers as their distributors in Vietnam.

It also requires the importers to obtain certificatesproving adequate qualifications for car guarantee and maintenance, from thetransport ministry.

The MoIT said it issued the circular to deal with “anunreasonable situation”: global carmakers frequently recalled vehicles due tomanufacturing errors from around the world, but not from Vietnam.

The circular forced domestic distributors to, on behalf ofofficial manufacturers, be responsible for the imported vehicles. This wasneeded to protect consumer interests and assure road traffic safety, theministry said.

However, Circular 20 came under fire over the last fewmonths, with many experts arguing that the document was causing businessinequality against national efforts to create a better business environment.

According to the MoIT report, these are the major argumentsagainst Circular 20:

– The circular virtually grants the right to import cars fora limited number of enterprises, which can obtain official authorisation ofmanufacturers, and restrict choices for consumers. This violates laws oncompetition and consumer rights.

– The circular violates laws on intellectual property rights,since these laws do not let carmakers ban anyone from importing cars into Vietnam,once the vehicles are sold in other markets.

– The circular aims at restricting imports to curb tradedeficits. In this sense, the authorities failed to reach their purpose becausecar imports still rose over the last five years.

Government portal chinhphu.vn recorded the followingopinions from recent discussions, with less ‘for’ than ‘against’:

Audi Hanoi director Nguyen Van Dung said he advocatedmaintaining the circular as it helped consumers avoid disadvantages. Theauthorised car distributors could make sure of the quality of vehicles and fixerrors if necessary.

Pham Anh Tuan from VAMA said this association also supportedthe circular. Its view was backed by authorised importers of Audi, Porsche andRolls-Royce, who said authorisation certificates are a must to avoid tradefraud and tax revenue shortfalls.

However, Nguyen ÄÃ¬nh Quyáº¿t from HÆ°ng HÃ  Company said: “Ihope the circular will be abolishedâ¦ As the circular exists, only large firms[that meet requirements of manufacturers] can import cars. Business conditionsmust be advantageous and unbiased for all firms, including small- and medium-sizedenterprises.”

“The game will be much more open for all if the circular iseliminated, although small firms are likely to be in a disadvantaged position,”said Nguyen Dong Phong from the Vietnam Register.

Deputy Minister of Planning and Investment, Dang Huy Dong,agreed that any enterprises have the right to do business and the authoritieshad better let buyers decide which cars to buy, rather than stipulating who canimport the vehicles.

Another planning and investment official, Le Thuy Trung,suggested that finance authorities should study tax policies and the transportministry work out technical standards for better vehicle management.

The ministry said regulations of the circular are notbusiness conditions because it does not intervene in investors’ use of capitalto establish an economic entity to operate their car business.

The document merely provides an administrative procedureapplied for imported vehicles, just like many other procedures performed atborder gates such as requirements for a certificate of origin, or a sanitarycertificate.

All countries stipulate that new cars can be sold toconsumers only if the vehicles are accompanied with clear guarantees andmaintenance policies of manufacturers, and normally, no businesspeople areallowed to deal in car maintenance without their commission.

“Getting official authorisation will show localdistributors’ respect for manufacturers’ policies,” the ministry said.

According to the report, Circular 20 gives no discriminatorytreatment to car importers, as it does not force consumers to buy cars from anyspecific firms. Whether importers can manage authorisation of manufacturers isabsolutely up to negotiations between them.

Many importers have tried to better themselves to bequalified for authorisation of manufacturers. Data from the transport ministryshowed that the number of car importers in Vietnam fell from nearly 540 to lessthan 60 in 2012, after the circular was issued. However, the number rose backto more than 300 last year.

The Ministry of Science and Technology affirmed that thecircular did not violate laws on intellectual property rights.

The MoIT reaffirmed that the circular did not aim at importrestriction, so it was inappropriate that some experts cited increasing carimports during 2011-2015 asking for removal of the circular.

According to the MoIT, Circular 20 has legitimate targets,yet it is not a comprehensive measure to protect consumer interests andguarantee traffic safety.

The circular only regulates imported cars with nine seats orless, while the overall targets require regulations for all types of vehicles,either they are imported or domestically built. The transport ministry is asingle agency that has the authority to issue such regulations.

As the circular does not impact used cars, as well as carsimported as gifts or moved assets, some firms also modify cars so that they canimport them. These vehicles must be regulated in registration phases, too.

The MoIT proposed to Prime Minister Phuc that the transportministry will coordinate with relevant agencies to build regulations withsimilar effects to Circular 20, to control the registration of all means ofroad transport.

Vehicles must be registered in a manner that they can bemaintained or fixed in line with international practice, and domestic safetystandards, the ministry said.

“The MoIT will abolish Circular 20 when regulations of thetransport ministry officially take effect,” its report said.

Telling Youth newspaper why Circular 20 is not abolishedimmediately, Deputy Minister of Industry and Trade Tran Quoc Khanh said: “Weare busy with discussions about Circular 20 without noting that from July 1,2016, the day Circular No 19/2012/TT-BGTVT of the transport ministry becameinvalid in accordance with the Investment Law 2014, there are no otherdocuments stipulating importers’ responsibilities and methods to guarantee andmaintain cars.

“In this context, we cannot abrogate Circular 20 yet.Although it can only help consumers in a small market segmentâ¦it is better thanhaving no measures,” Khanh said.